A Drowning Man Will Clutch At Straws - A Christmas lesson to myself | Beaufort County Now | As with most of my articles, this article started out as an argument with myself but quickly morphed into a lesson during this Christmas season.

Login to Send a Private Message to Bobby Tony
As with most of my OPINION articles, this article started out as an argument with myself, it helps to clarify my thinking in writing for later review. (Psychology Today Link ) However, it quickly morphed into a lesson for me during this Christmas season. If you will bear with me I think you may see the lesson that I think I learned from my self-argument. If you want to skip the sermon and scroll down to the altar call "LESSONS LEARNED FROM MY MOM". Or Click Here to jump there.    Perhaps this needs an more authoritative comment from Reverand Gene, I would welcome that. Bobby Tony

The expression that a Drowning Man Will Clutch At Straws illustrates the need for humans to help each other in times of crisis, but sometimes we become an enabler to swimmers who may need encouragement instead of a life preserver.


A straw is a frail thing. It cannot bear the weight of anything. But if a person has fallen into a deep lake and is drowning, he will desperately clutch at even a floating straw. The only thought in his mind will be to catch something that will save him. To him, it does not make any difference whether it is a boat or a straw. A man may be facing a serious problem. The problem may require urgent attention. In such a situation, the person facing it will grab any opportunity in the hope of solving it. To him, it does not matter if it is a small change or a big one. The person in this case is like the man who is drowning. Just like the drowning man who clutches at even a straw, the man facing a desperate situation grasp any opportunity irrespective of its worth. A frantic person is one who will go to any limit for solving his problems. He is not different from the desperate man who is drowning.     Grasping for Staws


The above quote reflects on the human need to survive. It also applies in matters that are not life or death situations. In order to create a dependency it is necessary to convince someone that they are drowning metaphorically. Once you have them convinced of that you can cast a life preserver or a straw and they will grasp for it to save themselves. It makes no difference if they are in fact drowning, it is only necessary for them to think they are.

Therein lies my problem with the government providing anything other than a safety net for people in a temporary desperately situation. Most evangelical religions understand this basic principle. They set up soup kitchens, charity benefits, and temporary housing. They provide a short term relief for those suffering, usually along with a good dose of salvation. A swimming lesson if you will. I have often wondered if they do this to actually help the needy or to recruit followers, but it really makes no difference, the spirit of charity overcomes the motive. I have no problem with the either of these motives as long as it is done by non-governmental means. My problem is when we establish a public program run by government we are shifting the burden away from individuals. It creates a "Not My Problem anymore" mentality.

I think any practical philosophy would include a component of helping those who are in need. It can be done one on one or it can be done in groups. What I have seen in most of these efforts both private and governmental is that they seem to take on an identity of themselves. Unlike the Good Samaritan (Luke 10:25-37) we humans seem to want to organize, fund, and otherwise formalize the simple act of human charity. It may not start out that way but it generally ends up that way, in my opinion.

One of my first criteria for donation to a charity is to check the rating of that charity to see how much of its funds actually go to the purpose they espouse. One of the most popular sites to check this is Charity Navigator. Interestingly enough, Charity Navigator itself is a non-profit charity that requires funding and is in a constant fundraising mode. I have no problem with that; it is a fact of human nature and life that "NOTHING IS FREE!"

Here is the pop up when you go to the Charity Navigator website.

Obviously, I do not have a solution to this. It is within the communal nature of Homo sapiens to group, organize and establish systems and institutions to reach their goals. So, the question for me is: What percent of my donations should go toward the purpose of the charity vs the administration, advertising and fund raising expenses?

If I decided to give $1000 to a charity that had a 25% expense rating (Good by Charity Navigator Standards), only $750 would go the purpose of the charity. $250 would be consumed by the organization for expenses. Multiply my skimpy $1000 by any number of contributors and you begin to see the law of large numbers taking effect. Would it be better for me to take my $1000 and give $10 to 100 people in need and just be on my way? If I were a cheap skate I could just rationalize that I would not really have to give away $1000. I could give away $750 and save the $250 in expenses. The net result would be the same. The needy would get $750 from me or the charity. Below is how Charity Navigator evaluates charity budgets.

Our data shows that 7 out of 10 charities we've evaluated spend at least 75% of their budget on the programs and services they exist to provide. And 9 out of 10 spend at least 65%. We believe that those spending less than a third of their budget on program expenses are simply not living up to their missions. Charities demonstrating such gross inefficiency receive 0 points and a 0-star rating for their Financial Health. Source Charity Navigator

If you are beginning to see my belabored point, I would implore you to just give your time an efforts locally either by small groups or one on one. It would accomplish two purposes. 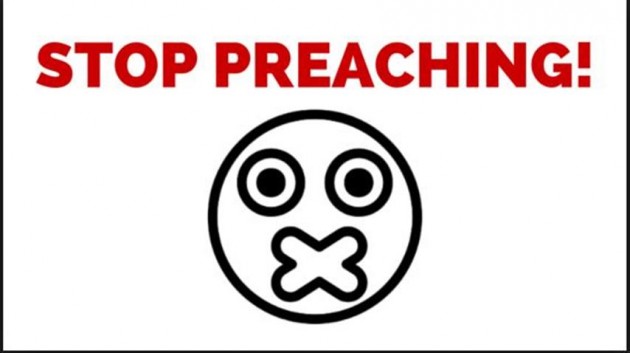 LESSONS LEARNED FROM MY MOM


Wait a minute here, Bobby Tony! Have your forgotten the reason for Christmas. It is not about charities or making yourself feel better. It is about the celebration of the salvation that was promised if we accepted a Savior and let him guide the ship and our lives. 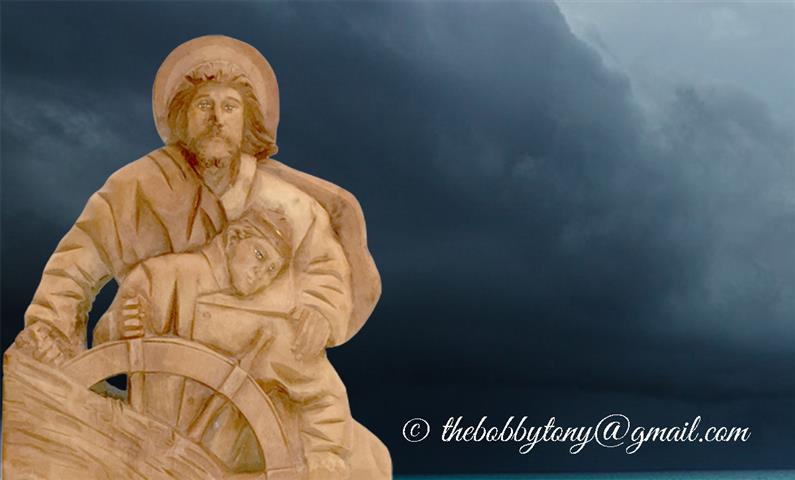 This Wood Carving sits in my office to remind me that I am not alone at the wheel. I added the background storm for this picture.

Psalm 41:1 - Blessed are those who have regard for the weak; the Lord delivers them in times of trouble.
Proverbs 19:17 - Whoever is kind to the poor lends to the Lord, and he will reward them for what they have done.
Isaiah 58:7 - Is it not to share your food with the hungry and to provide the poor wanderer with shelter - when you see the naked, to clothe them, and not to turn away from your own flesh and blood?
Isaiah 58:10 - And if you spend yourselves on behalf of the hungry and satisfy the needs of the oppressed, then your light will rise in the darkness and your night will become like the noonday.
Matthew 5:42 - Give to the one who asks you, and do not turn away from the one who wants to borrow from you.
Luke 14:13-14 - But when you give a banquet, invite the poor, the crippled, the lame, the blind, and you will be blessed. Although they cannot repay you, you will be repaid at the resurrection of the righteous.
Luke 21:3-4 - 'Truly I tell you, he said, 'this poor widow has put in more than all the others. All these people gave their gifts out of their wealth; but she out of her poverty put in all she had to live on.'
Hebrews 13:16 - And do not forget to do good and to share with others, for with such sacrifices God is pleased.


Do I always follow my own advice? No, I too find it easier and more convenient to delegate my concern about others to groups or organizations. However, not a Christmas goes by that I don't think of my mom and her belief that the best charity is one on one. She did however realize that the need for formal charities were needed for special circumstances. When her Italian father died in 1919, she was six (6) years old and was taken in to the Masonic Home in Macon, Georgia until she was 18 when she could move back to Atlanta with her mother. For the rest of her life, charity was not an impulse but a way of life. Perhaps it was payback for the charity she received as a child. Or perhaps, she already knew the lesson that I have been trying to learn.

I am reminded every year at Christmas when I gaze around my trophy room and see the card my Uncle,(mom's baby brother who was only three and the only one of five children to allowed stay at home) gave my mom one year on her birthday, which is just prior to The Christmas season. It is framed on a display shelf as a reminder that my mom never forgot the charity she received as a child. I have written about this before in an article here on BCN adapted from my tribute to my mom and daughter ( Teachers who made a Difference ) 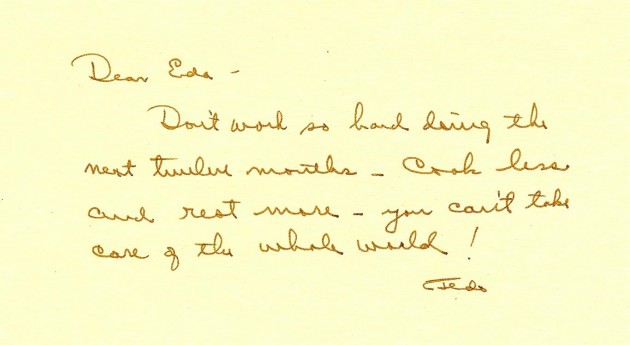