Veterans Storm Out Of Meeting With Ocasio-Cortez After She Bashes America, Report Says

Published: Monday, June 3rd, 2019 @ 3:56 pm
By: Daily Wire   ( More Entries )
Publisher's note: This informational nugget was sent to me by Ben Shapiro, who represents the Daily Wire, and since this is one of the most topical news events, it should be published on BCN.

This article was written by Ryan Saavedra 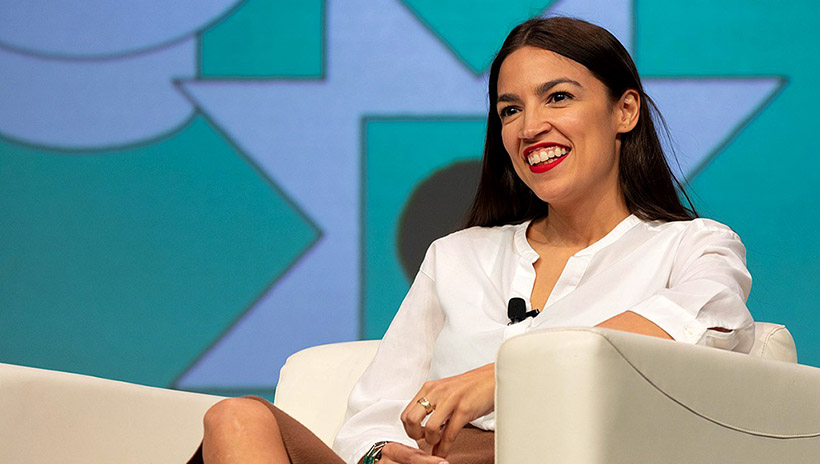 Silvio Mazzella, a Vietnam War vet, told the New York Post: "She knocks the country, she knocks the president. And that's not what America is about."

"I just couldn't hear her BS anymore," Mazzella said. "I just got up, got my umbrella in my hand and walked right out."

Ocasio-Cortez blasted U.S. foreign policy and suggested that the U.S. was at least partially to blame for people getting killed in Yemen, to which Mazzella said, "That really turned me off completely."

Another attendee, who wished to remain anonymous, told the New York Post that they were "revolted" when Ocasio-Cortez bashed President Donald Trump and Israeli Prime Minister Benjamin Netanyahu.

The New York Post says that Ocasio-Cortez's office claimed that only one person left the meeting because they had to go pick up their kids.

Army veteran Anthony Vitaliano, who served 38 years in the NYPD, disputed the claims from Ocasio-Cortez's office, saying, "That's bulls-t. Everybody that was there knows I walked out."

During an interview on Fox News' "FOX & Friends" on Sunday, Mazzella said: "It was a prepared agenda for the - let's put in this way, she is our congresswoman from January, we haven't seen her in our area until May 28, Tuesday at 5:30. Everybody else in the United States has seen her except her own district."

Mazzella said that Ocasio-Cortez's comments about "American bombs" in Yemen is what initially angered him during the meeting.

"I heard that, ''American bombs.' In my head, I say to myself, 'what about the Iranian bullets and Iranian bombs? Aren't they killing people, too?'" Mazzella continued. "Didn't feel good. It reminds me when I came home from Vietnam and we had the protesters here. You know that's not the way to treat people."
Go Back