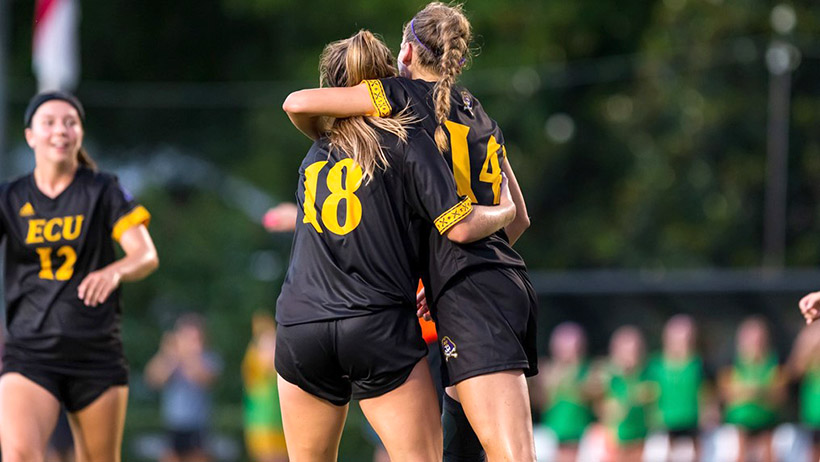 GREENVILLE, N.C.     For the fifth straight season, the ECU soccer team has been rewarded for its success in the classroom as the Pirates earned the United Soccer Coaches Team Academic Award for the 2018-19 academic year.

"The team has placed a big emphasis on excelling in the classroom," said head coach Jason Hamilton. "We are proud of all the work they have done and continue to do."

In order to earn the Team Academic Award, teams needed to post a team grade point average of 3.0 or higher. The Pirates easily cleared that bar, finishing with a combined GPA of 3.32.

ECU has a long history of academic success, having earned the Team Academic Award 18 times since first winning it in 1999.

A complete list of this year's teams can be found HERE.

ECU will have the weekend off after starting American Athletic Conference play with a 1-1-0 record. The Pirates return to Johnson Stadium for the first time in three weeks when they play host to Tulsa on Thursday, Oct. 10. Kickoff is at 7 p.m., and attendance is free for all fans.