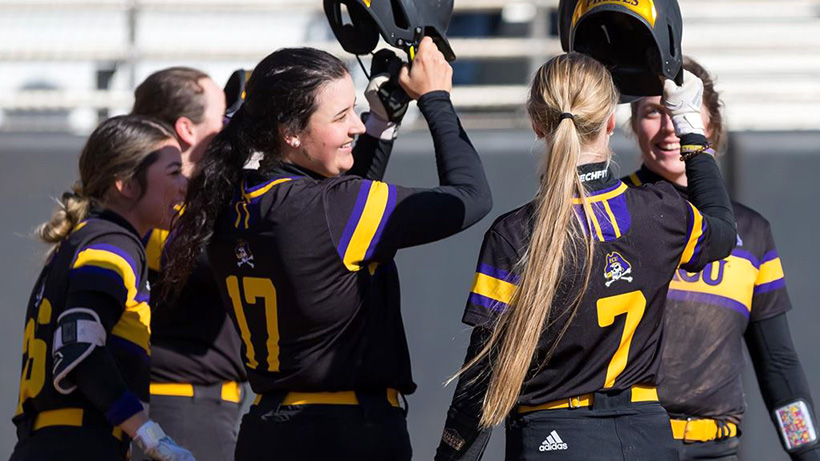 The Pirates begin the campaign Feb. 13-14 with a three-game series at Furman. ECU then travels to Conway, S.C. for the Battle at the Beach where they will face off against Buffalo, Saint Francis (Pa.) and the host Chanticleers.

A long stretch of away games commences March 3 at Campbell and includes trips to the Liberty Softball Classic (vs. Longwood and Liberty), UGA Classic (vs. Georgia and North Dakota) and JMU (three-game series).

ECU kicks off American Athletic Conference play March 26-28 with four games at Wichita State. The Pirates will play four contests against each league institution this season, hosting UCF, Tulsa and Memphis while traveling to face the Shockers, Houston and USF.

Other midweek matchups include visits to UNCW (April 7) and UNC Greensboro (April 21).

Attendance at home games this season is limited to an internal team pass list. No outside tickets will be sold.