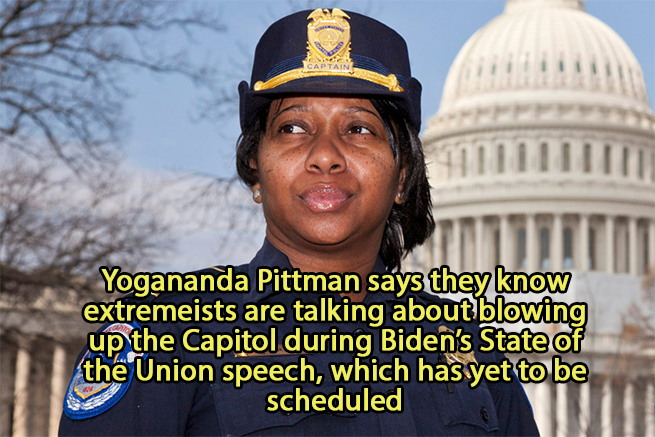 At a House Appropriations subcommittee hearing on the Jan. 6 riot at the Capitol, acting Chief Yogananda Pittman said Capitol Police are planning to keep an enhanced level of security at least through Biden’s address to a joint session of Congress expected sometime after Congress passes a COVID-19 relief package, NBC News reported.

"We know that members of the militia groups that were present on January have stated their desires that they want to blow up the Capitol and kill as many members as possible with a direct nexus to the State of the Union, which we know that date has not been identified," she told the lawmakers, the news outlet reported.

Has anyone checked with Donald Trump to find out what he knows about this?

Be advised, we will not publish any jokes about it not being worth the powder it would take...