Senate Moving Bill That Would Allow Local Governments To Delay Elections | Beaufort County Now | In anticipation of delayed results from the U.S. Census this year, N.C. lawmakers have introduced a bill that gives local municipalities the option of delaying their 2021 elections to 2022.

Published: Saturday, May 29th, 2021 @ 2:16 pm
By: Carolina Journal   ( More Entries )
Publisher's Note: This post appears here courtesy of the Carolina Journal. The author of this post is David N. Bass. 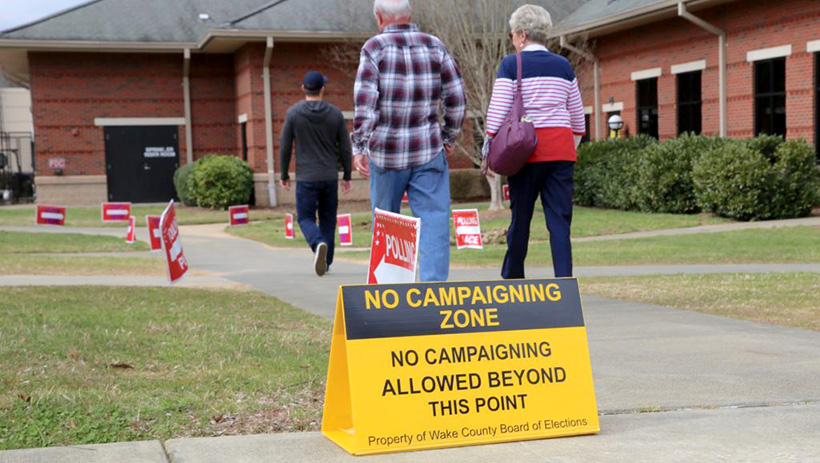 In anticipation of delayed results from the U.S. Census this year, N.C. lawmakers have introduced a bill that gives local municipalities the option of delaying their 2021 elections to 2022.

The change would only apply to about 37 local jurisdictions — including Raleigh, Charlotte, Cary, Fayetteville, and Greensboro — who elect candidates on a district basis. Because candidates in these cities are elected by population-based districts, after each federal census the districts must be redrawn to account for population shifts.

States are supposed to begin receiving U.S. Census data from 2020 by the end of September. That is a drastically different timetable than in previous decades, when lawmakers had plenty of time to draw new maps after receiving the data much earlier in the year.

The measure — House Bill 722 — passed the Senate Redistricting and Elections Committee on Wednesday, May 19, in a unanimous vote and the Senate Rules Committee the next day.

The Republican-controlled General Assembly is responsible for drawing new maps this year for each of the state's legislative and congressional districts. The state will pick up a 14th congressional seat in the 2022 election due to population growth over the past decade.
Go Back