Legislature Quiet This Week as Lawmakers Are Away, Though Much Work Remains | Beaufort County Now | Things are quiet this week on Jones Street in Raleigh, even as work on a state budget plan, which the governor may or may not sign, looms in the legislature.

Legislature Quiet This Week as Lawmakers Are Away, Though Much Work Remains 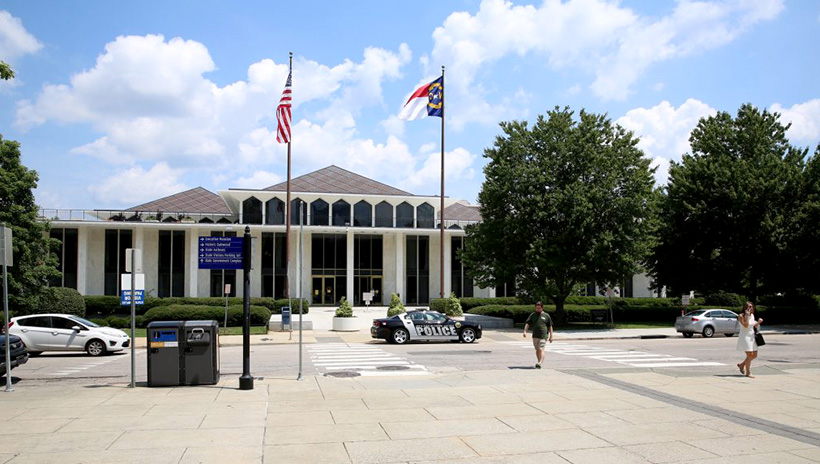 Things are quiet this week on Jones Street in Raleigh, even as work on a state budget plan, which the governor may or may not sign, looms in the legislature.

The N.C. Senate on June 25 approved its budget proposal, supported by all Republicans and a handful of Democrats. The House, though, probably won't take up its own budget plan until the second week of August.

A number of Republican lawmakers are in Utah this week at a conference of the American Legislative Exchange Council, which is composed of a group of legislators dedicated to limited government and free markets.

Nearly a third of the House skipped Monday's brief session — the legislature's only voting session this week, the Insider reported Tuesday, July 27. House Speaker Tim Moore, R-Cleveland, indicated lawmakers would take up pressing issues next week, including approving a conference report, already passed by the Senate, to defer certain ABC renewal fees. Negotiations over a final version of that bill stretched out over three months.

"Action in the General Assembly has been subdued in recent weeks, at least in part because of different priorities among House and Senate budget writers," said Mitch Kokai, senior political analyst for the John Locke Foundation.

"We've seen no sense of urgency to wrap up legislative business for the year," Kokai added. "Perhaps this is tied in part to the fact that lawmakers know they will have to be working in Raleigh again in the fall to deal with the always-contentious issue of election redistricting. If finalizing a budget doesn't really mark the end of the year's important work, there's less incentive to finish it quickly."

Monday, the House unanimously passed a measure to allow mental health counselors to work across state lines. House Bill 791, Licensed Counselors Interstate Compact, would enter North Carolina into an agreement with member states allowing a counselor's license from one state to be accepted in the others. The interstate compact took on renewed importance with the growth of remote counseling services during COVID shutdowns. H.B 791 was sent to the Senate.

Many bills and issues remain on lawmakers' calendars this session, including how to address Critical Race Theory, proposed amendments to the N.C. Constitution, additional reform on onerous regulations, and broadband expansion. And that's a tiny sampling.

As for the budget, the Senate's plan includes $3 billion in cash for infrastructure projects over the next two years, part of a 10-year, $12 billion cash plan for infrastructure and capital projects over 10 years. Senate leaders also emphasized tax cuts that include lowering the personal income tax rate, increasing the per-child tax deduction by $500, and raising the zero tax bracket, or standard deduction, to $25,500 for married couples. Senate Republicans estimate that the tax reform measures would reduce median household income tax payments by 37%.

Also included in the N.C. Senate budget bill is the core of proposed Senate reforms to place limitations on the governor's emergency authority, namely firmer language requiring approval of the Council of State — a group of 10 statewide elected officers, including the lieutenant governor, auditor, and attorney general — for emergency executive orders.

Cooper has vetoed every budget plan sent to him since he took office in 2017. Lawmakers overrode Cooper's budget vetoes in 2017 and 2018, but they have not been able to round up enough votes for an override since Republicans lost supermajorities in the 2018 election.

That means some provisions of the 2018-19 state budget remain in effect today, albeit with changes linked to a series of mini-budgets that gained widespread bipartisan support.

The House budget plan will mirror the Senate's plan in regard to total General Fund spending — about $26 billion for each of the next two years — though House lawmakers will likely shift some money toward raises for state workers and teachers. The House also could take a different approach than the Senate toward capital projects.
Go Back