Login to Send a Private Message to Stan Deatherage
Publisher's Note: This post appears here courtesy of the Carolina Journal. The author of this post is David N. Bass. 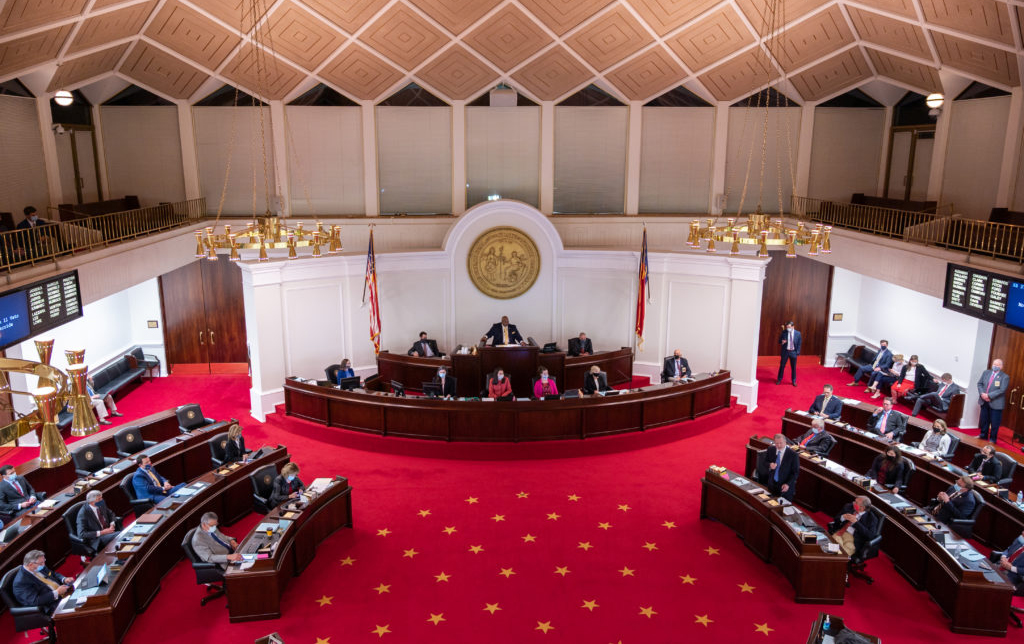 NC Senate in session: Above.     image supplies by the NC General Assembly

The N.C. Senate passed a bill Monday, Aug. 9, that would make two updates to the state's charter school law.

The first change contained in House Bill 729 would put charter-school teachers on a level playing field with traditional public-school teachers when it comes to residency licensure.

During debate in committee and on the Senate floor, that provision drew some concern from Democrats concerned about the partisan implications of the switch.

The State Board of Education has a Democratic majority, while the current superintendent, Catherine Truitt, is a Republican. H.B. 729 would remove one pick for the charter advisory board from Democrats and fill it with a Republican.

The version of H.B. 729 passed by the Senate is a significant departure from the original House version of the bill, which was more sweeping in scope.

The most notable change was giving county commissioners authority to make direct appropriations to charter schools to buy real estate, furniture, school supplies, school technology, and similar capital equipment. That portion of the bill had drawn opposition from the N.C. Association of County Commissioners.

H.B. 729 passed the Senate in a 37-4 vote and heads to a joint conference committee with the House where differences will be resolved.
Go Back