With 50,000 trucks on the move toward the Canadian capital of Ottawa, and organizers saying that could triple by the time they get there, Canada's truck convoy opposing Prime Minister Trudeau's vaccine mandate for truckers has become the largest truck convoy ever assembled in the world. Its main body that launched from British Columbia in western Canada is now 45 miles long.  They are being met by thousands of cheering Canadians along the roadsides, many buying them food and fuel.

The positions of leaders has hardened, too.  Trudeau has denounced the truckers as "a small fringe minority" that holds "unacceptable views".  The truckers say they plan to stay in Ottawa until they get Trudeau removed from office.  Canadian hockey star Theo Feury, who is working to help the truckers accused Trudeau of having "vaccine derangement syndrome."

There are some good videos of the convey in this article: 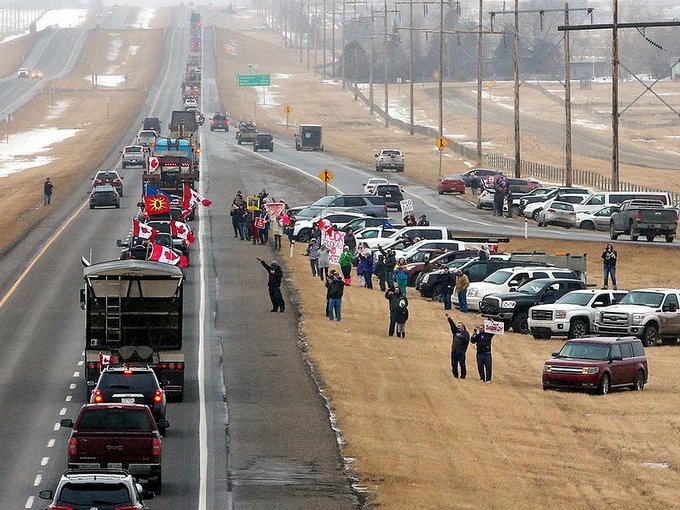