Raleigh, N.C. - The spirit of Christmas was in the air as Governor Pat McCrory and First Lady Ann McCrory celebrated our state's military families earlier today at the Executive Mansion.

"Today's reception is an opportunity for us to express firsthand our gratitude and admiration for service men and women and the sacrifices their families make on behalf of our country," Governor and First Lady McCrory said. "It is humbling to be surrounded by these brave families at Christmastime, when so many military personnel are stationed halfway around the world, protecting us and our precious freedom. Their perseverance and continual sacrifice does not go unnoticed."

General Cornell Wilson, the governor's military affairs adviser, also addressed the service members and their families before introducing Governor McCrory and Mrs. McCrory. This is the second year the two have hosted a Christmas reception for military families from throughout the state.

The First Family admired Christmas ornaments decorated by military families from all throughout North Carolina on the military appreciation Christmas tree in the sunroom. The USO of North Carolina, National Guard and Support Military Spouses arranged the ornament collection. Ornaments from each base in the state made their way onto the tree. The party also featured chances for children to visit with Santa and Mrs. Claus, as well as coloring stations and Christmas cookies. 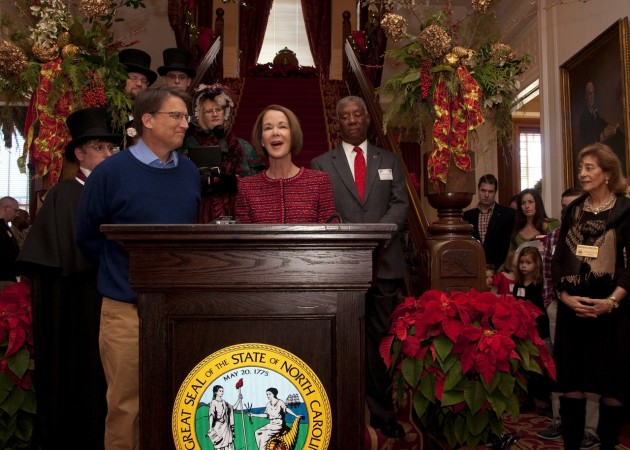 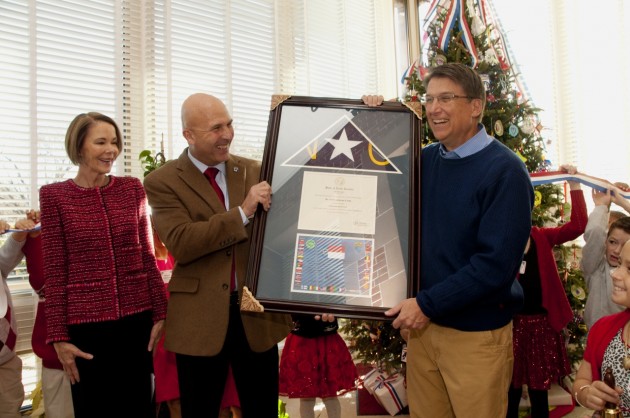