Login to Send a Private Message to Diane Rufino
On September 17, 1787, the Constitutional Convention in Philadelphia concluded. 39 of the 55 delegates to the Convention signed the final product, including its primary author, James Madison, and its eldest member, Benjamin Franklin.

The Convention was called by Congress for the specific purpose of "amending the Articles of Confederation." The specific defects were in the ability of the Congress to collect tax revenue from the states and in its weak authority to regulate commerce among them. But the organizers of the Convention, including James Madison, Edmund Randolph, and Alexander Hamilton had other plans. They intended to scrap the Articles altogether and draft a different form of government altogether, relying somewhat on the Articles of Confederation for guidance. In fact, Madison had already written a draft of that new government prior to the Convention and had asked Randolph, Governor of Virginia and member of one of Virginia's most prominent families, to present it.

But what Madison had planned (which was a more national type of government; a powerful government of ambitious powers) is not what the majority of delegates could agree on. It would take 4 months of heated discussion and debate to convince Madison that a federal government, a government of limited powers and checks and balances, was the best form of a common government but the only form that the states would ever agree to.

Things didn't go as smoothly as expected at the convention. Delegates became frustrated over the constant and fruitless bickering and the inability to made any significant progress in amending the federal government. Many left in disgust and many left to go back to their families, becoming frustrated in how long the convention was dragging on.

Benjamin Franklin, ever the optimist ,even at the age of 81, gave a poignant assessment of the Convention in his final speech before the Constitutional Convention: 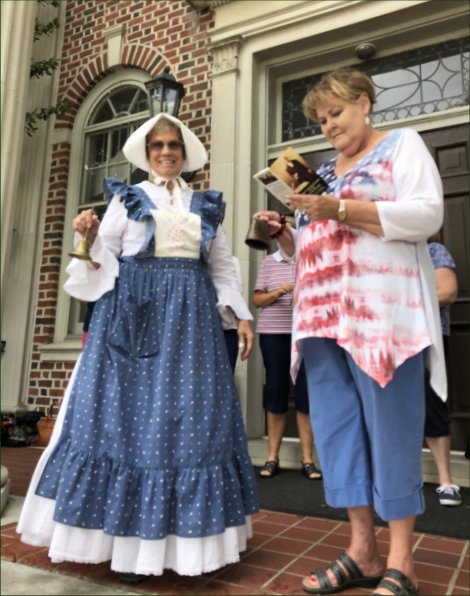 "I doubt too whether any other Convention we can obtain, may be able to make a better Constitution: For when you assemble a Number of Men to have the Advantage of their joint Wisdom, you inevitably assemble with those Men all their Prejudices, their Passions, their Errors of Opinion, their local Interests, and their selfish Views. From such an Assembly can a perfect Production be expected? It therefore astonishes me, Sir, to find this System approaching so near to Perfection as it does; and I think it will astonish our Enemies, who are waiting with Confidence to hear that our Councils are confounded, like those of the Builders of Babel, and that our States are on the Point of Separation, only to meet hereafter for the Purpose of cutting one another's throats. Thus I consent, Sir, to this Constitution because I expect no better, and because I am not sure that it is not the best."

To honor Constitution Day, members of the Republican Women of Pitt County and the Eastern NC Tea Party joined with members of the Daughters of the American Revolution to ring bells at 4:00 pm (to mark the time of day the Constitution was signed) on the front steps of the Sheppard Memorial Library in downtown Greenville and then to pass out free pocket constitutions to those inside.