Being There | Beaufort County Now | Naivety and Innocence are Comfortable Collaborators in this humorous farce, Peter Sellers' second to his last movie, before his death in 1980, may also be his second best.

Naivety and Innocence are Comfortable Collaborators in this Humorous Farce

Peter Sellers' second to his last movie, before his death in 1980, may also be his second best. "Being There," directed by Hal Ashby, is a humorous farce that marries the innocence of an illegitimate child; sheltered from the 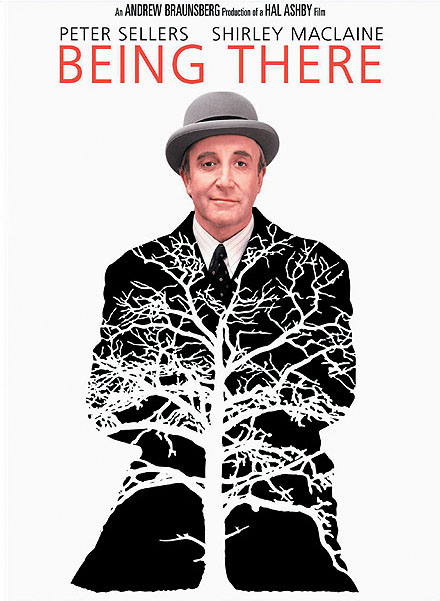 world until he emerges as a middle aged man after the death of "The Old Man" (his biological father), with the naivety of an influential and dying old man.

The illegitimate man /child, named Chance (no last name) for obvious reasons and fleshed out in subtle measure by Peter Sellers, is literally thrown into streets of Washington, D.C. (somewhere in the poverty stricken northeast side of the city) by "The Old Man's" estate attorney. As he aimlessly walks toward the more gentile, business / government side of D.C., he stops to watch Televisions, in a store's showcase window, that broadcasts images from a camera pointed toward the street. At that point, Chance serendipitously meets Eve Rand, portrayed by Shirley MacLaine, when he is injured as her limousine drifts backward, squeezing his leg between bumpers.

Eve Rand is the privileged wife of Benjamin Rand, portrayed with charm and class by an elderly Melvyn Douglas (who won the Oscar for Best Supporting Actor fo this role), a wealthy industrialist who is infirmed to the point of near death. Eve discovers the injured Chance, decides that the continuous medical care at the estate would be suitable for Chance and they make way to it some miles outside the city, probably in the northern Virginia Mountains. Along the way, Eve asks Chance his name and his occupation just as he choking on bourbon (had previously never crossed his lips) that he thought was water. Clearing his throat and choking, he says something that sounds like 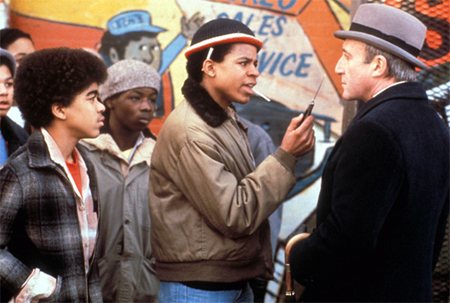 Chauncey Gardner, and at this point the farce is a foot.

They arrive at the estate and we are introduced to the next unaccredited character - the Biltmore Estate, that is actually located in Asheville, N.C. With Benjamin so sick, much of film is logically filmed within it's opulent walls and upon its spacious and luxuriant grounds. Even the film poster represents it as the backdrop for Chance's ascension, which also well suggests the film's farcical theme.

Upon meeting the impeccably dressed Chance, Benjamin Rand is remarkably receptive to his blithe demeanor. Benjamin's illness forces him to reexamine his perspective on life and consequently, he understands Chance's simple, detached ways as innate wisdom and altogether removed from the reality that has molded the real Chance. When Chance honestly explains to Benjamin that he was put out of his house by lawyers and that he wants to "work in his garden," Mr. Rand 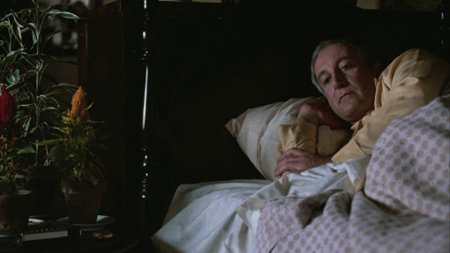 believes that Chance's securities business was taken under by market forces and that he wants an executive position.

Benjamin Rand is so taken by the newly anointed Chauncey Gardner that he introduces him and then subsequently promotes him to the President, played by veteran actor Jack Warden, who quotes "Chauncey's" sincere comments on gardening as allegorical to maintaining the economy. From that point the farce is near its apex and interestingly never actually achieves that point, which makes its farcical quality all the more classic and very funny.

Jerzey Kosinski's screenplay gives us a seamless story and well rounded characters that are well acted, breathing full life into a story that is well worth your time at 130 minutes. Its was well worth my time each occasion that I have had the pleasure view it, so my rating of 3 3/4 stars just about right. Chance could not read or write, so TV was his educator, and like Chance, and in respect to the film "Being There," "I like to Watch."