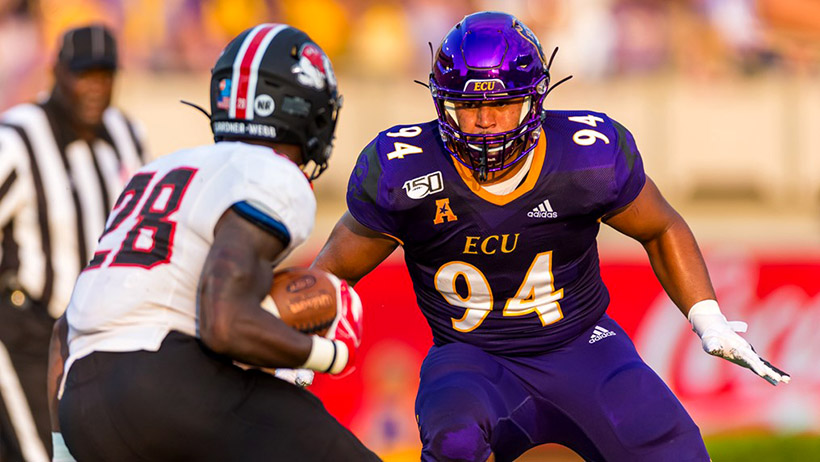 GREENVILLE, N.C.     Former East Carolina defensive tackle Alex Turner, a three-year starter and team captain, has earned membership into the 2020 National Football Foundation Hampshire Honor Society according to a release from the NFF & College Hall of Fame on Wednesday.

Turner was among 1,432 nationally to be selected for the honor, which has been awarded annually since 2007 for outstanding academic achievement.

As a senior in 2019, Turner opened all 12 games and tallied 55 tackles (25 solo) to go along with 3.5 sacks and 11.0 TFLs. The Houston, Texas native registered at least a half TFL and booked four or more stops in nine outings, which included a career-best-tying eight at UCF on Oct. 19.

During the course of his career, Turner played in 41 games (30 starts) and logged 124 tackles – 23 resulting in lost yardage.

The NFF Hampshire Honor Society is comprised of players from all divisions of play who have completed their eligibility and maintained a cumulative 3.20 GPA or better throughout their collegiate career.