Why Richard Sherman Would Legitimize Panthers Defense in 2021 | Beaufort County Now | It doesn’t take a rocket scientist to figure out that the Carolina Panthers need some additional reinforcements at cornerback.

Why Richard Sherman Would Legitimize Panthers Defense in 2021 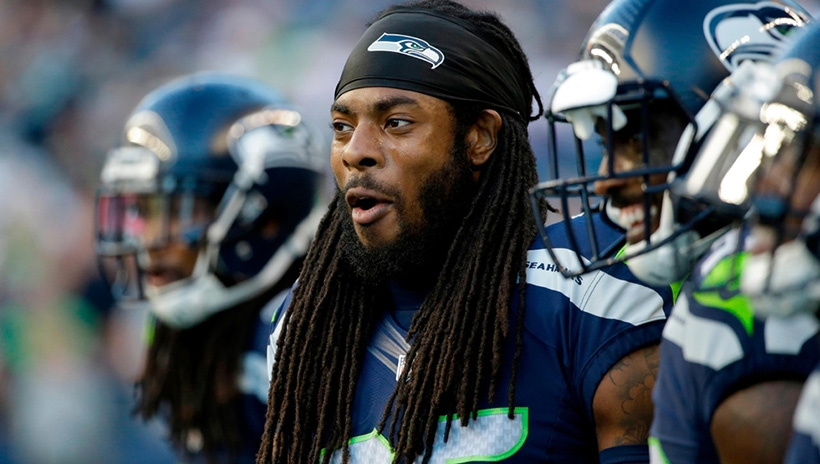 It doesn't take a rocket scientist to figure out that the Carolina Panthers need some additional reinforcements at cornerback. General manager Scott Fitterer has done a nice job of picking up some impressive defensive players capable of improving a unit that is now loaded with prolific talent. But the obvious need to acquire someone who can slot opposite Donte Jackson in a starting role is glaring.

The Panthers still have plenty of salary-cap space available to achieve such a feat, although some speculate they are holding something back as they continue to pursue an alternative to Teddy Bridgewater at quarterback. However, with the chances of landing Deshaun Watson from the Houston Texans growing slimmer by the day, it might be worth Carolina investing in other positional groups and getting their signal-caller of the future via the 2021 NFL Draft.

One of the biggest names available on the market following the first wave of free agency is Richard Sherman. The veteran has seen and done it all through his glittering career and getting someone of his caliber would be a tremendous coup for the Panthers at this stage of their rebuild.

Sherman would legitimize Carolina's defense, who made some real strides as the season went on. Sure, he may not be at the peak of his powers anymore, but his production was still of a high standard in 2020 despite turning out in just five games due to injury.