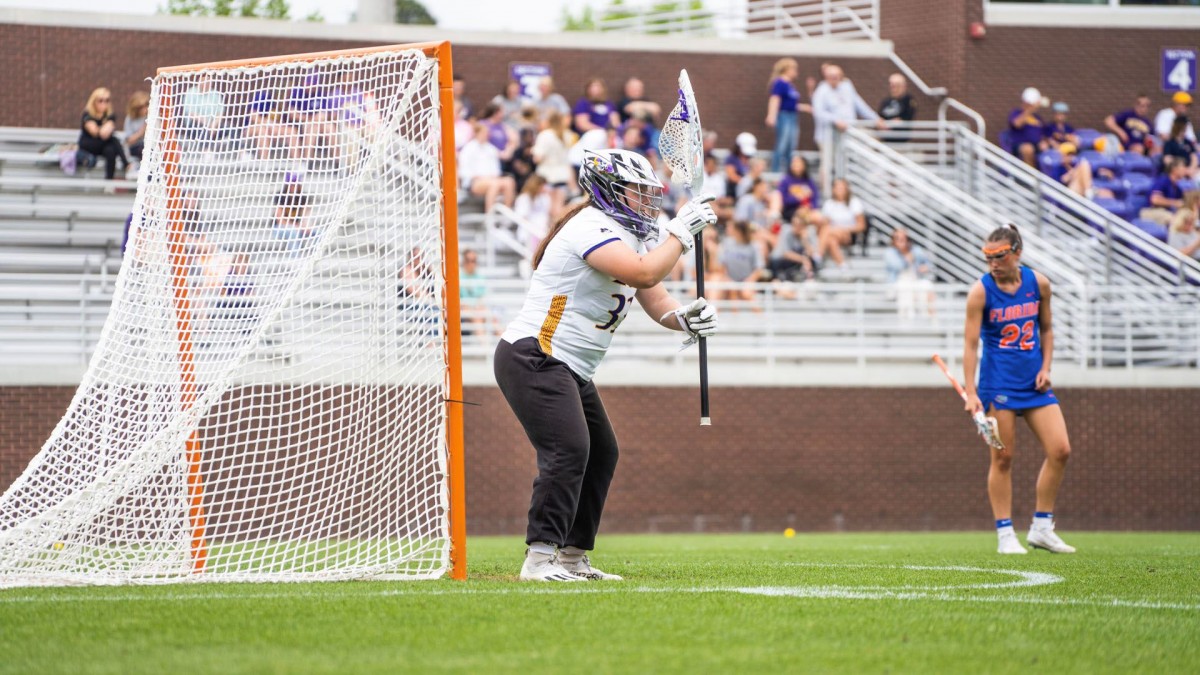 GREENVILLE, N.C.     In the regular-season finale, the East Carolina lacrosse team fell to No. 6 Florida 16-4 on Saturday afternoon.

The Pirates close the regular season with a 9-8 overall record and a 2-3 AAC mark. Florida improves to 13-4 with a 5-0 league record.

In the first half, the sixth-ranked Gators showed why they have won three straight AAC regular season championships. Florida controlled possession winning ten of the twelve draws within the opening half. When the Pirates did have the ball, they struggled to create opportunities against the Gators defense, putting just three shots on goal. One bright spot was the play of freshman goalkeeper Brynn Knight. Knight made ten saves in the first half for her fifth game with at least ten saves on the season.

The Pirates got a brief spark from Ellie Bromley to start the second half with a goal less than a minute into the second half, but Florida regained control, scoring the next five goals. The Pirates closed the quarter with a goal when Carli Johnson scored of the rebound of a free-position shot.

The Pirates saw the same struggles in the final quarter but were able to put up nine shots. Two of those shots found the back of the net, one from Erin Gulden on a free-position and Sophia LoCicero who scored off a pass from Maeci Moore.
Go Back