Czech Republic President Milos Zeman has put the blame for Europe's energy crisis squarely on "green madness".  He came out against EU green mandates and inefficient and costly wind and solar energy.  He summed up his feelings on green energy by saying "I'm afraid".

The EU's "Green Deal" requires member countries to reduce CO2 emissions by 50% by 2030 and imposes financial penalties on use of non-"green" energy sources.  That caused European energy prices to skyrocket well before the Ukraine crisis.  Countries were increasing electric rates by 25%, 30%, and even 40% at a whack. Inefficient wind and solar drained gas reserves, and when the Ukraine invasion happened, it became difficult to refill those gas reserves.

A good example of the cost to consumers of "green energy" is Germany, which has been obsessed with wind and solar for years. Prior to the Ukraine crisis, Germans were paying almost 4 times as much for electricity as North Carolinians and it has only gotten worse since.

Zeman's predecessor as Czech president, Dr. Vaclav Klaus, denounced climate alarmism as "a budding totalitarian ideology that is the greatest threat to freedom, democracy, and prosperity in the world today."

Sadly, this same "green madness" is in the pipeline here in North Carolina thanks to RINO legislative leaders Phil Berger and Tim Moore and their insane NC Green New Deal, HB951.  They have sold out the electric ratepayers of North Carolina to the greedy special interests.  HB951 is even worse than the EU Green Deal.  The EU version requires a 50% reduction of CO2 by 2030 while the Berger / Moore HB951 requires a 70% reduction by 2030.  Biden is pushing the same direction on the national level, such as with his recent misnamed "inflation Reduction Act" but the Berger / Moore green boondoggle is even worse than anything Biden has done. 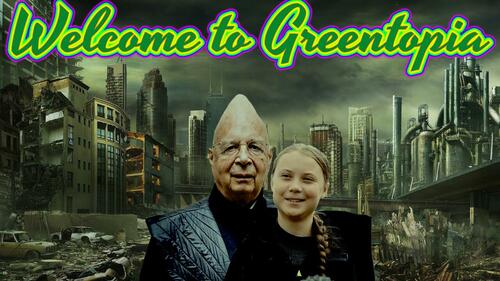