April Is Tick And Mosquito Awareness Month In North Carolina

"Ticks and mosquitoes are very common in our state, and they carry bacteria and viruses that can cause serious infections," said Carl Williams, State Public Health Veterinarian. "The good news is that many of these infections can be prevented by following some basic control measures."

In proclaiming April as Tick and Mosquito Awareness Month in North Carolina, Governor Pat McCrory noted that ticks and mosquitoes are a natural part of our environment and cannot be eradicated, so protective measures are the best way to avoid illnesses associated with them.

To reduce exposure to ticks: 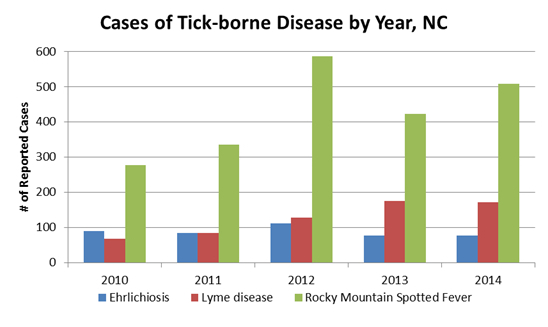 Mosquito-borne diseases usually cause either no symptoms or mild, flu-like illness. However, they can cause more serious conditions, including encephalitis, meningitis and meningoencephalitis, and can be fatal. To reduce exposure to mosquitoes: 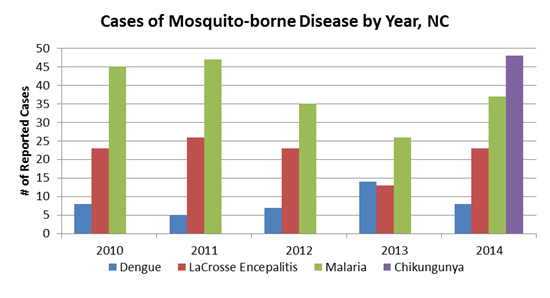