Login to Send a Private Message to Diane Rufino
On Thursday evening, September 24, conservative talk radio show host, Rod Eccles, visited with the Eastern NC Tea Party. He had visited with the Republican Women in New Bern the day before and was excited to meet the Tea Party folks in the Pitt County area. Unfortunately, the annual hospital banquet was held the same evening and many members had already committed to attending that event. But those who attended the Tea Party event at La Ribera Mexican Restaurant kept Rod engaged almost until the restaurant closed (at 10:00 pm).

Rod is the host of the nationally-syndicated radio show The Rod Eccles Show. He is considered to be "the coolest, most politically-incorrect conservative black man on the planet" and is being dubbed the "new black Rush Limbaugh of our time." He is one of the leading voices in the new conservative movement and is often sought out by others for his considerable wisdom and logic. He has interviewed prominent guests such as Col. Allen West, Dr. Alveda King, and others. This year, his show was added to the list of Top Talk Conservative Radio Show Hosts on TopTalk.com.

Rod is also a syndicated columnist. He is currently a contributor to 20 publications, including BEAUFORT COUNTY NOW (Beaufort, NC). He has also recently published his first book, a light commentary on politics. It is entitled THE CONSERVATIVE ECCLESIASTES: LOGIC & WISDOM FROM THE COOLEST, MOST POLITICALLY-INCORRECT BLACK MAN ON THE PLANET.

Our new friend, Ron, is a great speaker who is an intuitive, inciteful, and gifted political analyst. His presentations are both educational and entertaining. He delivers his commentary in a clear, concise, and very respectful manner and is a hit with his audience because of his respectful demeanor and his wealth of knowledge. Accordingly, the Eastern NC Tea Party thinks of him as a friend and fellow patriot.

Rod is currently traveling around the country speaking to Tea Party and Republican groups to help them fire them up for the all-important 2016 elections. He will be speaking next February (2016) at the annual and hugely-popular South Carolina Tea Party Coalition Convention (in Myrtle Beach) and then at CPAC and the 2016 Republican Convention. 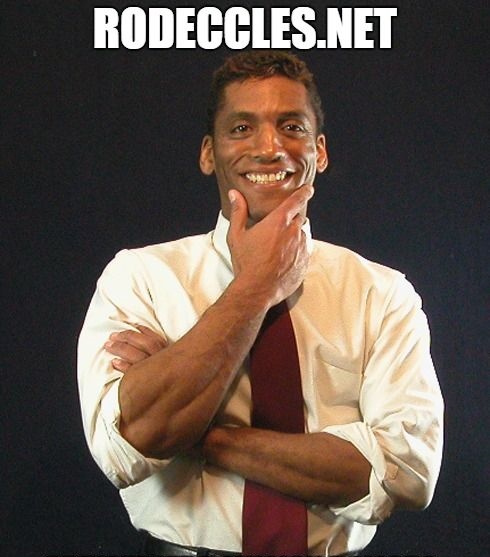