Hurricane Irene Update: First, do you want the bad news or the good news?

Login to Send a Private Message to Stan Deatherage
Okay. Let's start with the bad news.

As one can tell, this massive storm could wind up as a serious rain event (see the second map below). That immutable condition could push water into homes on high ground, and easily flood basements - if you have one. Also, and this is a really big storm system, with Hurricane Irene's projected storm path moving about 16 miles further west (see the first map below), we could suffer some terrible winds from this slow-moving storm throughout Beaufort County.

This is a terrible possible reality for the New Bern, Washington and even Greenville, N.C. metropolitan areas. If you have never lived through the eye of a hurricane passing over your home - twice - as if it was nothing more than an ineffective speed bump ... well, you just do not know the thrill of Mother Nature scaring the lesser-than-necessary-matter from your bowels. 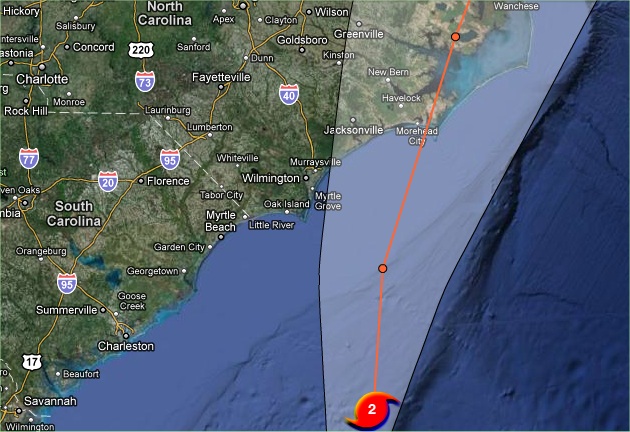 This the harsh reality of the 8:00 update: Above and below. 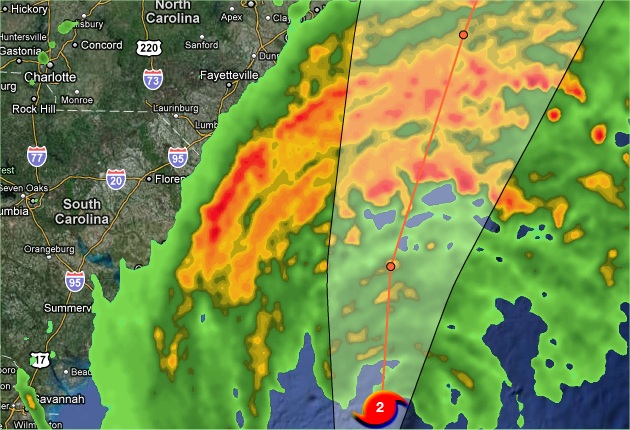