Pirates Ready to Tangle With the Tigers | Beaufort County Now

Pirates Ready to Tangle With the Tigers 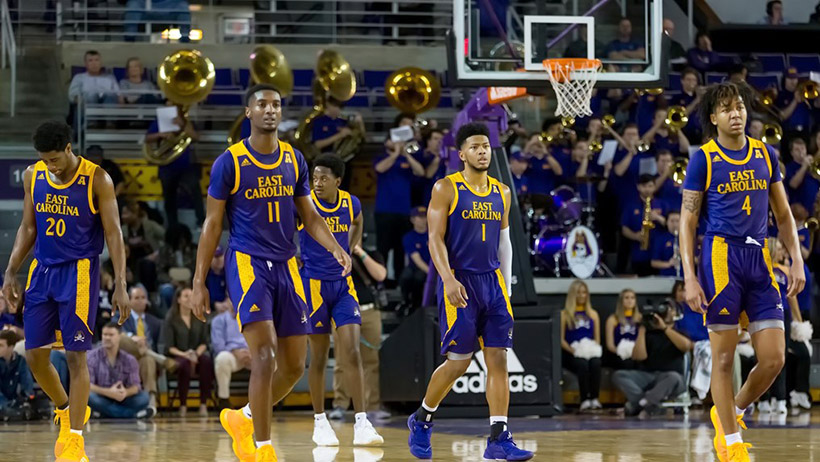 MEMPHIS     East Carolina and Memphis will both look to end losing streaks Wednesday night at the FedEXForum in their lone regular season meeting.

The Pirates enter the game on the heels of back-to-back losses to Tulsa and Cincinnati, while the Tigers bring a three-game slide into the matchup with their most recent loss coming Sunday at UConn.

ECU is 1-8 on the road this season, while Memphis owns a 12-3 mark at home, including a 4-2 mark in The American. The Pirates have just one win over the Tigers in this building, coming here four years ago.

Needless to say both teams have changed since ECU last won in the Bluff City. Both teams have undergone coaching changes and revamped their rosters. The Pirates are Tigers have two of the youngest teams in the country, as the two rosters combined have 11 freshmen and seven-year eligible transfers.

"They're very young, like us," ECU Head Coach Joe Dooley said. "I think the freshmen are trying to find their way around a little bit. They're obviously very talented. Boogie Ellis, Precious Achiuwa is a lottery pick, and Lance Thomas was very heavily recruited... I think those guys are figuring it out and they've got a really good roster."

Only ECU sophomore Jayden Gardner and Memphis senior Isaiah Maurice played in both games between the two teams last season.

The game features a pair of American Athletic Conference Player of the Year candidates in Achiuwa and Gardner, who rank one and two in The American in double-doubles with 14 and 12, respectively. Gardner leads the league in scoring (20.0 ppg) and is third in rebounding (9.6 rpg). Achiuwa is fifth in scoring (15.1 ppg) and first in rebounding (10.2 rpg).

Gardner and Achiuwa are the leaders of their teams that rely heavily on underclassmen.

Both teams also have an aptitude for playing close games this season. ECU and Memphis are each 2-3 in conference play in games decided by six points or less. The Tigers have played a total of 10 games this season decided by one or two possessions and own a 5-5 mark in those games, while Pirates are 3-6.

Memphis' has lost its last three games by a total of 11 points.

Memphis has held opposing teams to 36.4 percent shooting from the field this year, the lowest percentage among all Division I teams. ECU ranks seventh in The American, shooting 41.7 percent.