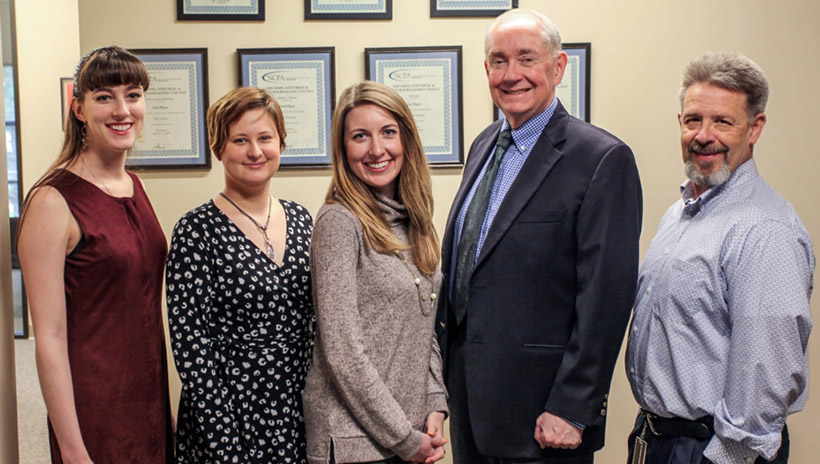 These are some of the terms judges used praising Carolina Journal's writers and editors, who collected a record seven awards in the N.C. Press Association's 2019 Editorial and Advertising Contest. It's the third straight year CJ journalists have been honored by the NCPA and the third straight time CJ has received more awards than the previous year.

The awards were announced Thursday, Feb. 27, in Raleigh at the press association's winter convention. All CJ's prizes were in the Online Editorial Division.

Marchello also received second place nods in Education Reporting for her take on the 25th anniversary of the Leandro court decision, and General News Reporting for her account of the surprise Sept. 11, 2019, vote in the state House overriding Gov. Roy Cooper's veto of the General Fund budget.

For the second straight year, Managing Editor John Trump nabbed second prize for writing Serious Columns as he discussed alcohol reform along with his own experience as a parent sending twin boys to Raleigh Charter School and the tradeoffs the family has made to provide a better education for the boys.

CJ's newest associate editor, Julie Havlak, also won a second place award in Beat News Reporting for a series of stories showing how regulations prevent Medicaid recipients from getting the benefits they're entitled to receive.

"Regular CJ readers know they're getting the best reporting and analysis available of how politics and policy affects North Carolinians every day," said Amy O. Cooke, CEO of the John Locke Foundation and CJ's publisher. "Recognition from their peers in journalism affirms that we, and our supporters, are keeping a promise we make to our readers, that being to cover North Carolina politics, and the issues affecting North Carolinians, as consistently and fairly as possible. Every day."

A list of CJ's 2019 awards, along with links to the articles, is HERE.