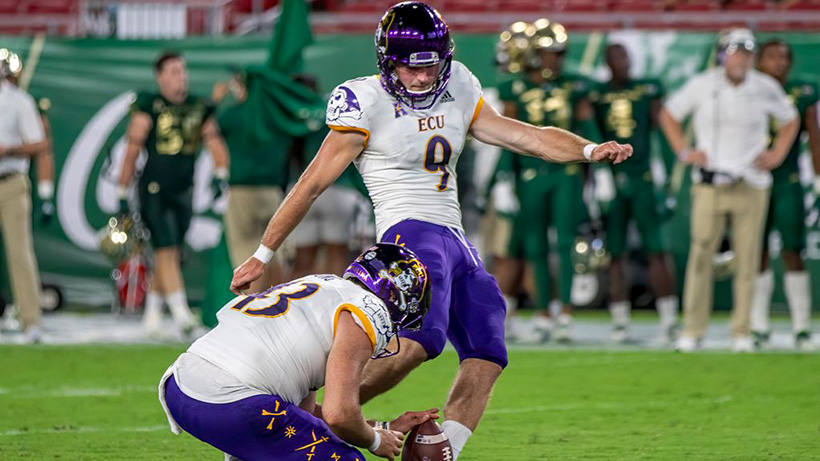 A multi-year All-American Athletic Conference selection and Lou Groza Watch List member, Verity holds career marks in field goals made (74) while owning single-season standards in field goal accuracy (90.5, 19-for-21 in 2018) and three-pointers made (24 in 2019). He closed out his five-year career connecting on 74-of-98 field goals for a 75.5 percent accuracy rate (third all-time at ECU) and converted 130-of-133 extra point tries.

During his senior campaign, Verity connected on 14-of-21 field goals and was 30-of-31 in PATs totaling 72 points. He earned AAC Specialist-of-the-Week and Lou Groza "Stars of the Week" accolades for the fourth time in his career following the USF contest where he contributed 14 points in the Pirates' 44-24 when setting the school career scoring record with 314 points.

The Bremen, Ga. native earned his bachelor's degree in construction management with a minor in business on Dec. 4, 2020. He is the third Pirate to declare for the 2021 NFL Draft, following fellow upper classmen D'Ante Smith (OL) and Blake Proehl (WR).

The 2021 NFL Draft is scheduled to begin April 29 and continue through May 1, and be televised by ESPN and the NFL Network.