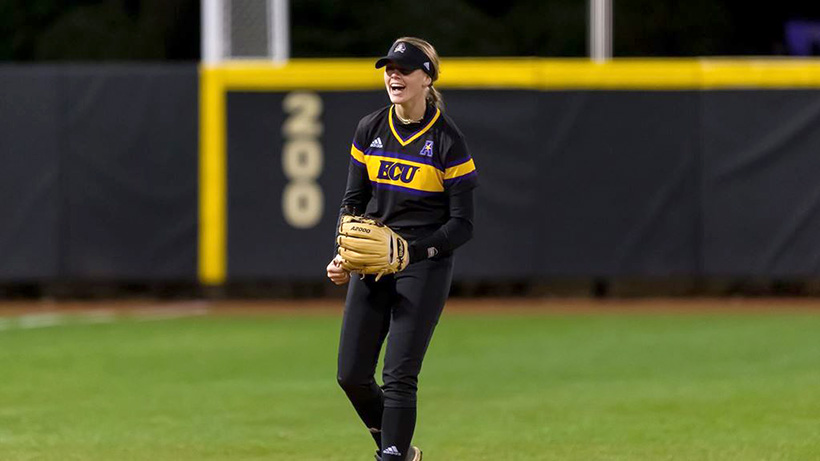 GREENVILLE, N.C.     Sophomore second baseman Bailey Ledvina has been named the American Athletic Conference Player of the Week for the first time in her career, according to an announcement by the league Monday afternoon.

She is the first Pirate player to earn the honor since Tate McClellan captured the accolade back on Feb. 19, 2018.

Ledvina exploded at the plate in East Carolina's season-opening doubleheader sweep at Furman Friday, going 5-for-8 (.625 batting average) with five runs scored, seven RBI and three home runs as well as a robust 1.750 slugging percentage and .625 on base percentage. She also tallied a mammoth 2.375 OPS.

In the first game, which the Pirates won 7-1, Ledvina was 2-for-4 with two runs scored, four RBI and two home runs. She followed that performance with a 3-for-4 effort in ECU's 12-4 victory in the nightcap, scoring three runs, driving in three more and hitting another home run.

The trio of home runs over the two contests were the first of Ledvina's career. She currently leads the AAC in slugging percentage and home runs while ranking second in total bases and third in batting average.

East Carolina is back in action this weekend when it travels to Coastal Carolina University for the Battle at the Beach. The Pirates are slated to face Buffalo, Saint Francis (Pa.) and the host Chanticleers over five games at St. John Stadium.