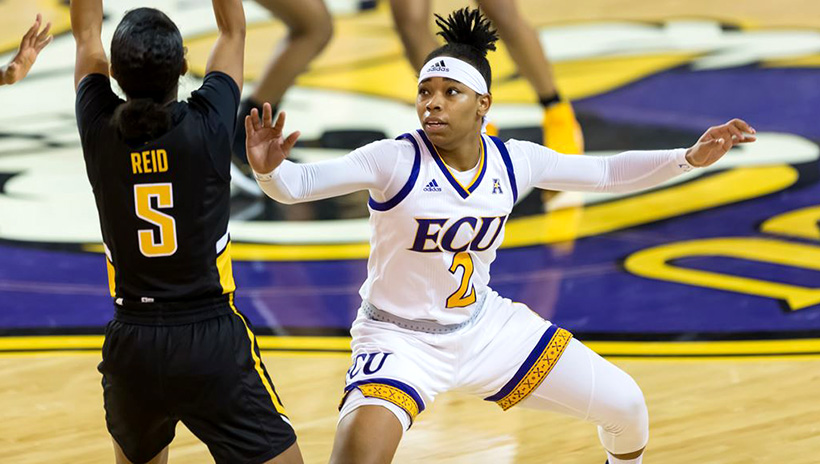 Monk became the first player ever to win back-to-back AAC Defensive Player of the Year awards after leading the AAC with 59 steals in 2020-21. The Greensboro, N.C., native had become the first ECU player and the first non-UConn player to win the award in 2019-20.

Along with her Defensive Player of the Year honors, Monk earned postseason honors in all four years at ECU. She was named to the AAC All-Conference Second-Team in both 2020 and 2021, the All-Conference Third-Team in 2019 and the AAC All-Rookie team in 2018. Monk averaged 12.1 points in her career, finishing 11th all-time at ECU in career points with 1,344 while also finishing eighth in assists with 364. She led ECU in scoring in each of her final three seasons and set a new Pirate record with 125 steals during the 2019-20 season.

"Lashonda Monk has been a great ambassador for the women's basketball program here at ECU through her career," said head coach Kim McNeill. "She's the only two-time Defensive Player of the Year. She truly made her mark here at ECU and I'm excited to see what the future holds for her."

The 2021 WNBA draft is scheduled for April 15 and will be televised on ESPN.
Go Back