Another state bans Critical Race Theory in its schools and universities 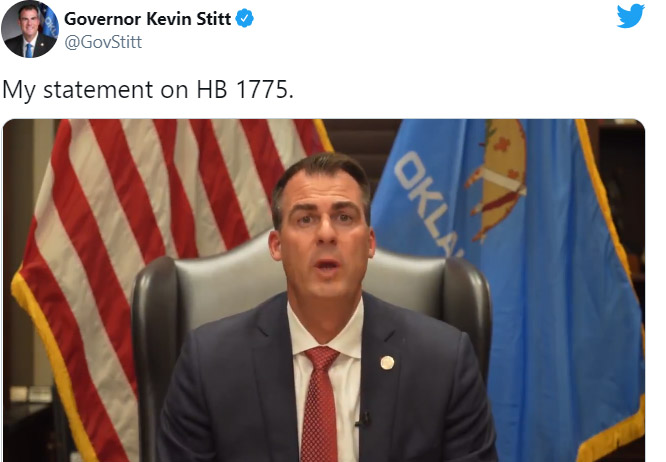 Oklahoma Gov. Kevin Stitt signed a bill into law on Friday banning the teaching of critical race theory in public schools and universities.

"Now more than ever, we need policies that bring us closer together – not rip us apart. As governor, I firmly believe that not one cent of taxpayer money should be used to define and divide young Oklahomans by their race or sex," Stitt, a Republican, said in a statement obtained by the Washington Examiner.

The measure prohibits schools from teaching students that "one race or sex is inherently superior to another" and that "an individual, by virtue of his or her race or sex, is inherently racist, sexist or oppressive."

The legislation passed through both GOP-controlled chambers of the Oklahoma Legislature. Democratic lawmakers largely opposed the bill, with some arguing it sought to mend nonexistent problems in the state's education system, according to the Tulsa World.

This is precisely the approach states should be taking to counter this madness the Democrat Socialists are trying to impose on our country.  States that do not want this insanity must nullify it.  Those who do not do so should suffer the consequences.