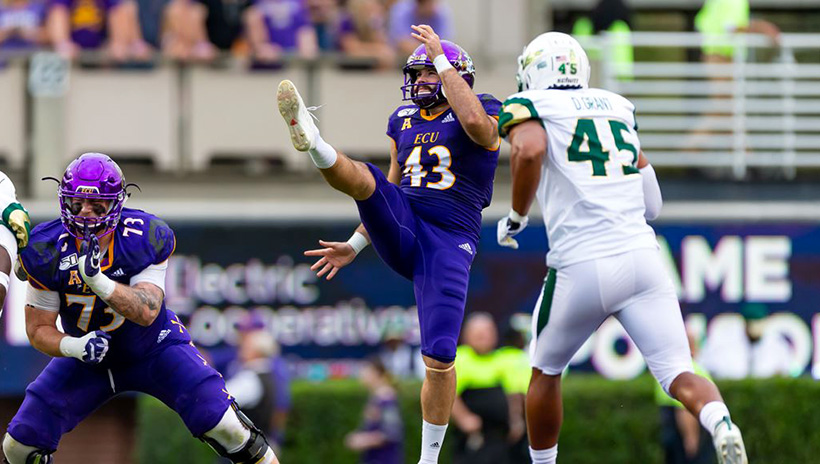 RALEIGH, N.C.     East Carolina punter Jonn Young has been named a recipient of the 2021 University Scholar-Athlete Award according to an announcement from the National Football Foundation's (NFF) Bill Dooley Chapter on Monday.

Young, who has served as ECU's starting punter the last three seasons (2018–20), currently ranks among the program's Top 10 in career average with a 40.8 clip. He has played in 33 games with the Pirates since transferring from West Virginia, recording 159 punts for 6,484 yards and placing 38 inside the 20-yard line. Young turned in his best single-season average in 2020 (41.8 ypp) while also serving as the team's top holder for record-setting (single-season, career field goals) placekicker Jake Verity.

In the classroom, Young possesses a 3.26 cumulative grade point average and has been a consistent Dean's List or Honor Roll performer since arriving in Greenville. He has earned two bachelor's degrees from East Carolina — communication (spring 2020) and sports studies (spring 2021) — and has already been accepted and admitted to graduate school at ECU to pursue a certification in marketing beginning in the fall of 2021.