Large protests are again sweeping Europe against new lockdowns and virus passports.  The Netherlands, which announced a new lockdown recently, has been particularly hit with major protests.  In the port city of Rotterdam, the protests have turned to riots with crowds attacking the police, which in some instances responded with gunfire and the wounding of several protesters.  Most of the protests were scheduled for today, but Rotterdam started its protest turned riot yesterday.  One political leader described the center of Rotterdam as a "war zone".

Europeans value their freedom and are resisting government overreach that goose steps all over that liberty.

UPDATE: Anti-lockdown protests in the Netherlands have also turned violent in The Hague with clashes between protesters and the police.  In Vienna, police put the crowd at  the more peaceful anti-lockdown protest at 38,000 while other sources put it at 100,000.  In Rome, one of the venues for protest was ancient Rome's Circus Maximus where protesters repeatedly chanted "Liberty, Liberty".

Anti-lockdown protesters in front of the Hofburg imperial palace, one of the protest venues in Vienna, Austria: 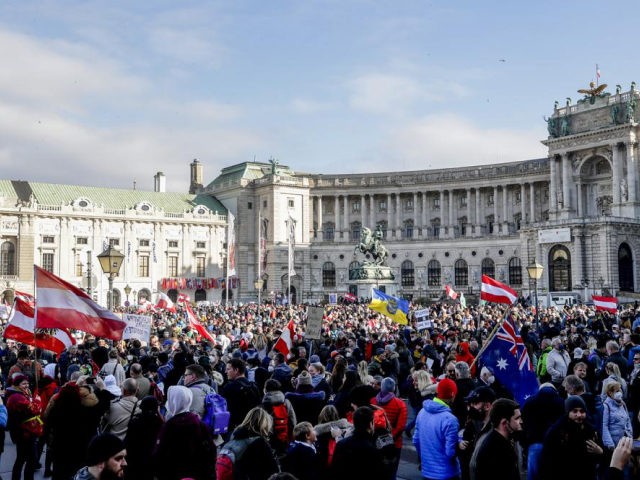