Those in eastern Europe who have lived under communism value freedom, and the fascistic vaccine passports do not sit well with them. A few weeks ago, Romanian protesters stormed their parliament, breaking down a gate and through police lines, resulting in their government halting discussions about a possible vaccine passport.  Now, Bulgarians have stormed their parliament over the same issue.

In Sofia, Bulgaria, thousands of protesters from around the country, many arriving by bus, besieged the national parliament building, pushing back police lines until they reached the front doors of the building.  They demanded the government halt consideration of vaccine passports.  The Prime Minister promised to meet with leaders of the protesters on Friday.  Bulgaria has the lowest vaccination rate in Europe. 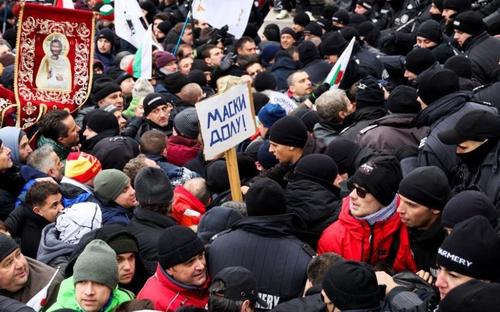