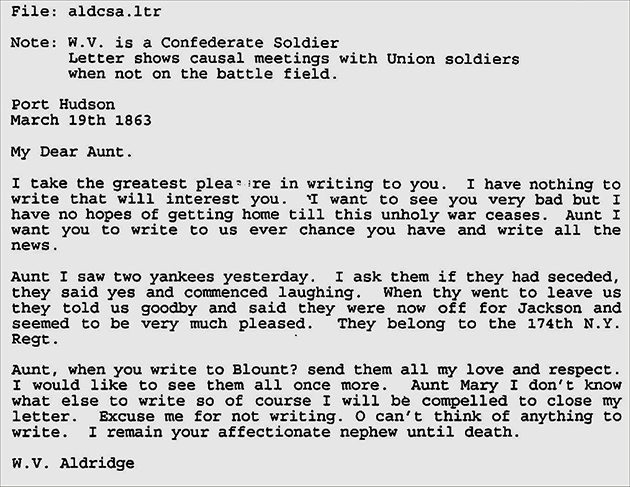 The middle paragraph has a story of young (16) private Aldridge meeting some Yankees and no shots fired.

A historian tells me that that Yankees made several rides from north to the Gulf of Mexico through states; doing no damage like Sherman’s march but scouting the defenses.

William’s three brothers died in the War. The family was in Alabama when still Indian Territory and owned no plantations or slaves. But that’s another story.

William lived to be 98 and had 10 kids. Local newspapers interviewed him and listed the 23 battles fought.
Go Back