Login to Send a Private Message to Stan Deatherage
This could be good news for the Beaufort County / Pitt County / Craven County region. Only hours earlier the storm's track would have put the eye passing just east of Belhaven in eastern Beaufort County, North Carolina. Now the storm appears to be set to pass through eastern Hyde County, which may spare the low-lying farthest east Beaufort County town a near direct hit from the violent eye wall.

Hurricane Irene is a huge storm in circumference and, like Hurricane Fran in late August 1996, may well push water up the Neuse and Pamlico Rivers and flood low-lying areas. This historical perspective offered by Hurricane Fran is the major impetus for Beaufort County's proactive Declaration of a State of Emergency. 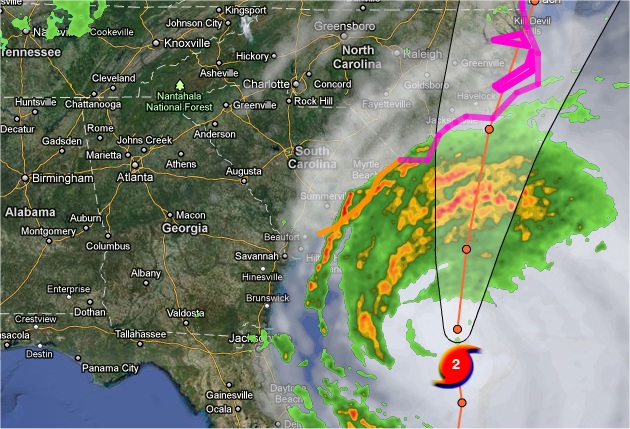 Hurricane Irene remains at category 2 strength, which may be a good sign that when it makes landfall tonight in far eastern North Carolina, it may be a weak category 2 storm. This chart is provided courtesy of Beaufort County Now's tracker at 11:00 a.m.