Russia's front line in the northern sector of the southern Kherson front has collapsed, allowing Ukraine's army to advance 10 miles in 4 hours, taking the main city in the area, Davydiv Brid and several smaller towns.  Ukrainian forces continue to move forward as the Russians retreat, saying they will advance all the way down the Dnipro River to the Black Sea..

Russia has 30,000 of its best troops on the west bank of the Dnipro River.  Ukraine has destroyed all three bridges across the river, making supply, retreat, or reinforcement of those troops by Russia very difficult.

The Russians had fortified their positions in the Kherson sector against a Ukrainian attack from the west, but now the Ukrainians are advancing on their unfortified right flank. 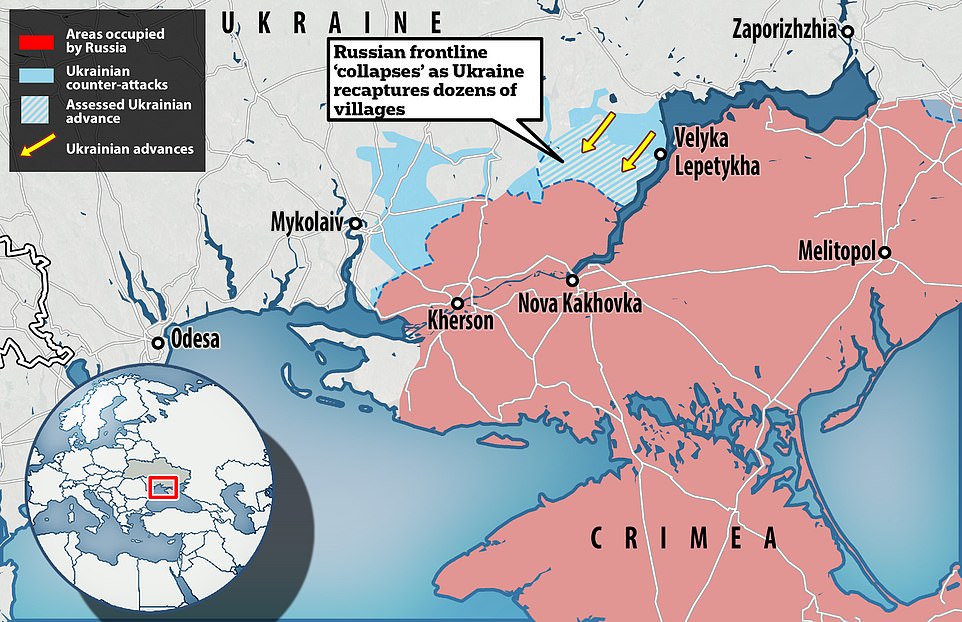