Login to Send a Private Message to Daniel Bunting
Publisher's Note: This post appears here courtesy of Panthers Wire. The author of this post is Anthony Rizzuti. 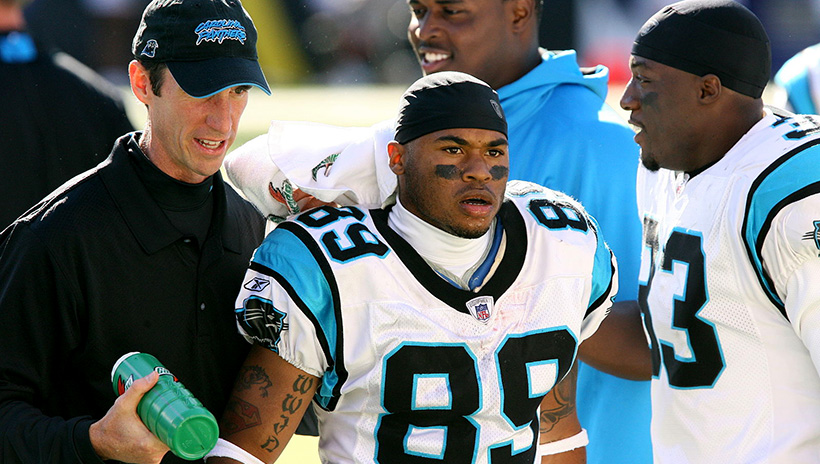 Well, we'll find out if Carolina Panthers legend Steve Smith will be adding a second jacket to his wardrobe within the year, as he's up for eternal residency at the Pro Football Hall of Fame starting in 2022. He — along with other notables such as fellow wide receiver Anquan Boldin, quarterback Tony Romo, return man extraordinaire Devin Hester and defensive linemen DeMarcus Ware, Vince Wilfork and Robert Mathis — is now officially eligible to be elected to Canton, Ohio for the first time.

Smith was drafted by the Panthers in the third round of the 2001 NFL draft out of the University of Utah. He would go on to spend 13 seasons in Carolina, amassing 12,197 yards and 67 touchdowns in becoming the franchise's all-time leading receiver.

His greatest year, perhaps, came in 2005, when Smith led the entire league in receptions (103), receiving yards (1,563) and receiving touchdowns (12). He still remains as the most recent player to achieve the triple crown of receiving.

In what can painfully be described as an unceremonious, bloody and full-of-guts departure following the 2013 season, Smith signed on with the Baltimore Ravens in 2014. Even as a "Sr.," he proved he still had it, totaling 2,534 yards and 14 scores over his three years in purple and black.