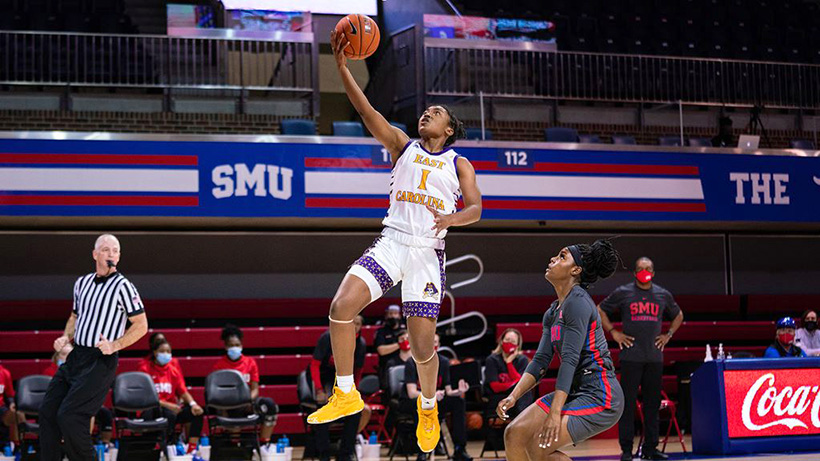 GREENVILLE, N.C.     Following a standout performance in East Carolina's victory over Tulane, sophomore guard Taniyah Thompson has been selected the American Athletic Conference Player of the Week according to an announcement by the league Monday afternoon. It is the second-straight week in which a Pirate player has won the award, as senior guard Lashonda Monk was recognized Dec. 21.

The player of the week honor marks the first in the Hamden, Conn., native's career. She was tabbed the conference's freshman of the week twice last season before earning unanimous selection to the AAC All-Freshman Team.

Thompson led all scorers in ECU's 72-64 home win over Tulane on Dec. 22, the Pirates' fourth-straight overall triumph, netting a season-high 27 points on 11 of 19 shooting from the field. She also collected six rebounds and dished out two assists. Thompson drained a pair of three-point field goals to give her a team-best 11 for the season.

East Carolina (5-3, 3-0 AAC) returns to the court Jan. 2 for an American Conference showdown with No. 20 USF (5-1, 2-0 AAC). The Pirates and Bulls will tip at 4 p.m. inside the Yuengling Center and the contest will be streamed live via ESPN+.
Go Back